A two player puzzle-platformer; coordinate your light abilities to outwit the encroaching darkness.
Made for the Extra Credits Game Jam #4, which took place from May 31 2019 - June 3rd 2019.

Some notes about the development:

This game was developed by Ryan Wasil and Matthew Wojtechko. Ryan designed and implemented the unique platform activation mechanic. He also obtained or made most of the sprites, implemented the UI, and programmed the player animations. Matthew made the visual effects, like particles and lighting, and polished the overall visual design. He also worked on the narrative, game feel, level balance, and polish. Both of us designed levels, researched assets, conducted playtests, and coded. Ryan coded the player movement while Matthew coded player interactions with boxes and moving platforms. Our collaboration was a complete success both as a learning experience and in creating a small game in 100 hours. Thank you for taking the time to check it out!

"Light From the Shadows" By Improbable Cadence

"No More Magic"  and "Winds of Stories" By HorrorPen

"The Field Of Dreams" By cynicmusic

Very cool and we built game. I feel like the difficulty is just about right for what kind of game it is. Some early tutorial or even more focused levels to teach specific mechanics would of course be welcome but I did eventually figure things out and finish the game. I especially liked the final technical learning twist at the very end.

The music worked really well with calmer music for most levels and more tense for the action levels. My only complaints are I had some trouble with keys not responding (probably just a webgl issue) and I wasn't as fond of the second to last level with the three moving panels. I thought the solution, or at least the one I found, was a little poor, relying too much on fast reaction and speed than technical skill.

Now I see why your game is similar to mine :) Good job in putting all of this together! I sustain most of what B-Deshi Dev wrote below, and I would also add that the second level needs *some* indication as to "headbump" mechanic incoming, otherwise it's very hard for a first time player to figure it out. I know 2 players would come up with solutions faster, just saying *some tutorial* or indicator would help (that's what I forgot to add at the beginning of my first gamejam game, and nobody figured out what to do).  Still in the second level, the second (vertical) challenge is also terribly hard to figure out (for me), dunno about the other players.

Otherwise I love the art style, the light/shadow play, and the story fits the game. Good job again, and keep in mind what I said about *minimal* tutorials ;)

We originally wanted to have some kinda text at the beginning of each level giving a hint on how to complete the puzzle. The idea was created just so we could tell people they could jump off each other in the second level, but when we tested it with some non devs they figured it out without us telling them, so we decided to leave that out. That was an idea that got scrapped due to time.

I'm glad you enjoyed our game!

Hmm I figured it out too, but after 30+ tries at the same challenge... I know it's hard to get playtesters in such short time. I always post the game to my facebook 24+ hours before the deadline, cause usually only 5-10% of the people who see the post actually test it. That's why I invite all my friends over to test it also. Last day (out of 4) should be dedicated for testing with 10+ people, because you will hear a lot of stuff you never thought about, and when half of them says put a tutorial (for example) then you know it's really needed.

Will give your game another try once I find another person.

I hope you enjoyed it and thank you for your feedback!

In the second level, where that headbump mechanic is introduced, the blue player is stuck in a very small space until the players both use that technique. I figured that, at the top of the level, the red player will venture out - but then realize the blue player is stuck behind the blue wall. The red player, free to pass in and out and not seeing any way to help on the outside, will go to the blue player, I figured. In the likely event neither player realizes the headbump mechanic initially, I figured they would inevitably jump on each other in their attempts to hop the blue wall, being that the space is so tiny. From there, the players will excitedly discover this new technique, which is needed (and reinforced) shortly after in that second vertical challenge in the same level.

The two people I had playtest the game said that the headbump mechanic (or any other parts of the game) did not need explained in an additional way. I do feel like that mechanic is more natural to discover with two players, so I'm curious if that would have been a lot easier if you played it with a buddy...

That's awesome you can round up a great number of playtesters! In future jams I'll try to have more - sharing it online is a good idea.

Really fun. The core mechanic is simple but you managed to make the puzzles interesting. Typically in this type of game the two characters don't collide with each other but you made that the central part of your mechanic. The headbump mechanic was pretty funny.

At first, I thought that only the colored part of the platform was solid enough to stand on. The sphereish coloring effect is cool but I think it'd be better to amke solid platforms fully colored and make the sphere of influence for each character svisible but opaque.

The controls are a bit janky but this is a jam game after all.

The graphics are fine I think. I think it would be better to make the platforms that both of them can stand on completely purple. It would fit better that way.

I think the soundtrack in the first two levels is the best one. I think you could've used it in all of the levels(except the chasing ones) and it would fit. The other tracks are pretty good. Overall, good music selection.

As for the chase sequences, I liked them. I realized that it was far easier to make moth of them jump than to make the one with the matching color go first and then the other. I also really like how you had to "headbump multiple times to pass the final block". It was frustrating but made the ending more worthwhile.

The only problem I have is that the game doesn't have any connection to the theme. But great job nonetheles.

Thanks I'm glad you liked it!

We tossed around the idea of having purple platforms early on, but decided against it in the end because of how we wanted the rest of the game to work, that is something we might add in the future if we would keep working on it.

As for the connection to the theme we kinda saw it as the connections between each player and their respective colored platforms, and the fact that you need to use both of them to complete the puzzles as a sort of connection between the two controllable characters.

That's great to hear! At first the player colliding was just the initial way we coded the movement, but we liked it, so we capitalized on that. I think it makes cooperation more central to the game!

Yeah, I was a little concerned that effect would be a little confusing, but we liked how it looked. With more time we would have tinkered with it more to make it more obvious.

Glad you liked the chase levels! I would have loved to had made more of them. And as we were playtesting, I realized that that strategy you mentioned of jumping at the same time reinforced the jam theme even more, as both players are in a sense "connected" to each other as they make those jumps. Also, the blue player, for example, needs to stay "connected" to the blue platform so the red player doesn't fall. But the initial way we thought to use the theme was that both players would have to be well "connected" in the real world to succeed - that is, they'd have to communicate and cooperate effectively.

You made a really fun game! I love co-operative mechanics and I think your game has a pretty good level design that makes the player or players feel impresed with the way you found the potencial of a really basic but solid mechanics. Great job!

Thank you so much! We're glad you liked the mechanics and level design and thrilled that you had fun! 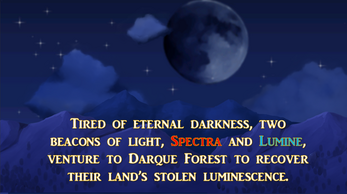 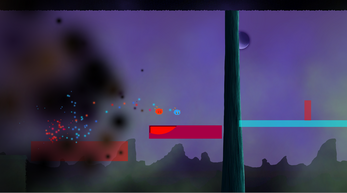 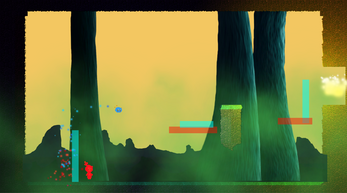 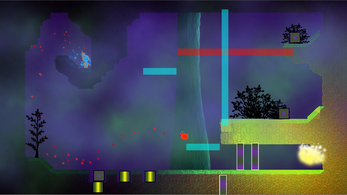 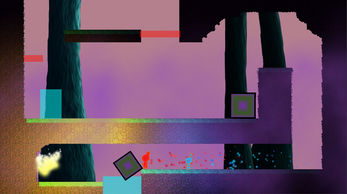 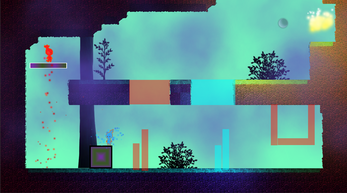